It was rather fitting that I should find myself in this part of Berlin on this day, May the 1st of course being international labour day.

It was here on the 17th of June 1953 that the workers of the newly formed GDR started their uprising against the fledgling socialist regime, primarily due to the increase of work quotas. The Soviets were called in and the “counter-revolution” was quashed with an official loss of 125 lives. From then on this monumental socialist boulevard was used for parades and celebrations in honour of the “great” regime. The Stalin Allee was later renamed the Karl-Marx-Allee when it wasn’t quite so fashionable to be associated with that particular dictator.

The Tower in the background is the East-Berliner “Fernsehturm” another piece of awe-inspiring socialist architecture. 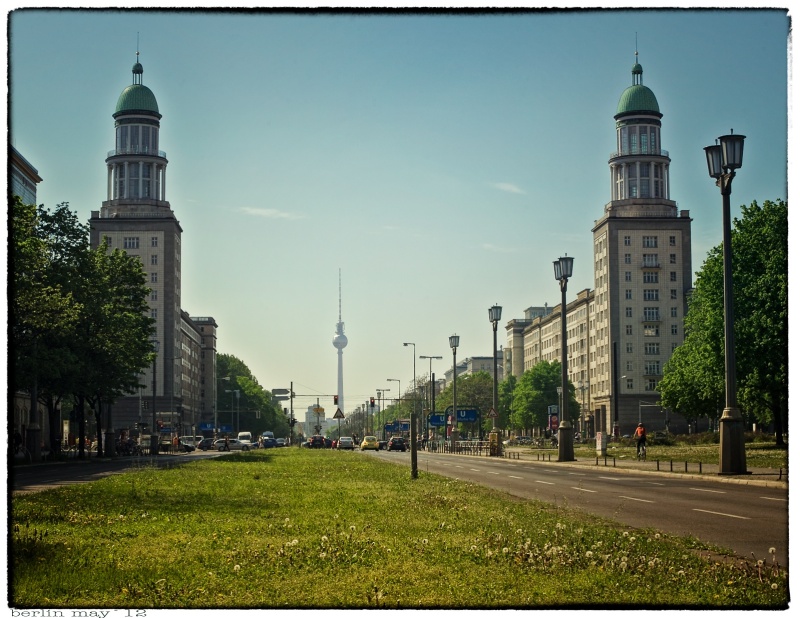