In the Winter of 1994 I left this station for my first interview on German soil. My journey would lead me through the dreary, smog prone and colourless landscapes of industrial eastern Germany. I went through places which were synonymous with deprivation even by East German standards, places like Riesa, Bitterfeld and finally ending my tour in Leipzig. Having grown up in the industrial north-west of England, I wasn’t exactly squeamish but this certainly was a new standard.

I’ve never been through Riesa or Bitterfeld since, but I know that Leipzig is now bustling and splendid city. The station however, has over time become derelict. I managed to sneak in and get a few shots this week, some of which I’ll post on Flickr during the next few days.

I never did get the job, I presume I did not represent what they were looking for or my German language skills were not up to scratch. It was either that or the combination of my grandads old checkered jacket and my pink panther tie didn’t make the desired impression. 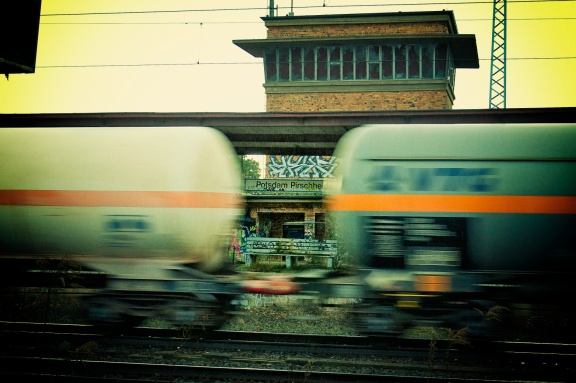